The Orleans Parish Coroner’s Office has identified the victims of two recent homicides in Uptown neighborhoods. Cleve Baham, was shot to death in Gert Town on Friday (Aug. 7), according to police reports. Officers responding to a report of shots fired in the 7900 block of Olive Street at 9:10 p.m. found Baham suffering from gunshot wounds. The Emergency Medical Service took him to the hospital, where he died.

A carjacking and two robberies were reported in Uptown neighborhoods over the weekend, according to the New Orleans Police Department. A woman was carjacked Sunday afternoon in Central City, the NOPD reported. A man shoved the 28-year-old victim to the ground at South Tonti Street and Martin Luther King Boulevard at about 1:30 p.m., the report states. He then took her keys and fled in her car. The police report states the NOPD knows the identity of the assailant, but his name was not provided.

Armed with the ruling yesterday (Aug. 5) by U.S. District? Judge Lance Africk, which returned control of the Orleans Justice Center to Sheriff Marlin Gusman, the sheriff said he is moving ahead with his push to build a new facility to house inmates with severe health and mental health needs and to repurpose Templeman V as a temporary facility for COVID-19 inmates. “I’m trying to save lives,” said Sheriff Marlin Gusman after Wednesday’s ruling, as he discussed plans for new or repurposed health facilities for prisoners.?

Court-appointed monitors reported in July that the OPSO was in partial or substantial compliance with the majority of federal reform provisions. Though Judge Africk returned control of the Orleans Justice Center to Gusman, the consent decree continues.?

On Wednesday, Gusman said his immediate concern is containing the spread of the coronavirus within the prison walls. “NOPD officers are bringing known COVID-19 positive patients to the Orleans Justice Center,” Gusman said. 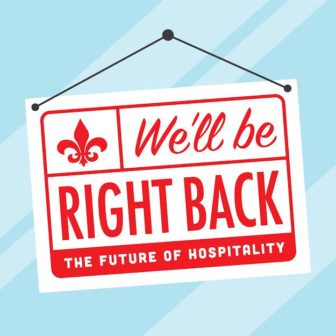 The NOPD is seeking to locate a vehicle and its occupants in the investigation of a homicide that occurred on July 26 at the intersection of Fourth Street and South Claiborne Avenue. On the listed date, NOPD Sixth District officers responded to a shooting at the listed location. A male subject was discovered at the location suffering from several gunshot wounds and later was pronounced deceased. The pictured vehicle is believed to have been used by the unknown perpetrators in this incident. It is believed to be an early 2000s BMW X5 SUV, likely to have significant damage to the rear bumper area.

Forward New Orleans for Public Schools seeks candidate pledges on issues to improve educational opportunities and outcomes. FNOPS is a coalition of civic, business, and neighborhood organizations committed to increasing the number of quality public school options and ensuring equal access to quality education citywide. The coalition released an issue-based platform ahead of the Orleans Parish School Board elections scheduled for Nov. 3. The platform establishes issues FNOPS defines as most important to improving educational opportunities and outcomes for New Orleans public school students.

After 5 years as a Civil District Court Judge in Orleans Parish and 20 years as a Judge on the Louisiana Fourth Circuit Court of Appeal, I look forward to the honor and opportunity to serve our state as a member of our highest court, the Louisiana Supreme Court. If you missed our official “virtual” announcement on the Committee to Elect Judge Terri Love Facebook page, click to watch the video below. Please share our exciting news! ?
In addition to our announcement, visit my campaign committee’s website, judgeterrilove.com, to learn more about me and my campaign. I hope I can count on your support and vote.

The victim in a Central City shooting Sunday (July 26) died from his injuries, the New Orleans Police Department reported. The incident began with a traffic accident on Fourth Street and Claiborne Avenue, police said. After the crash, the gunman got out of one of the vehicles and shot at a man in the other vehicle before fleeing the scene. At around 11:48 a.m., Sixth District officers responded to an aggravated battery by shooting at the intersection at the intersection. Upon arrival, officers discovered a 28-year-old man suffering from a gunshot wounds.